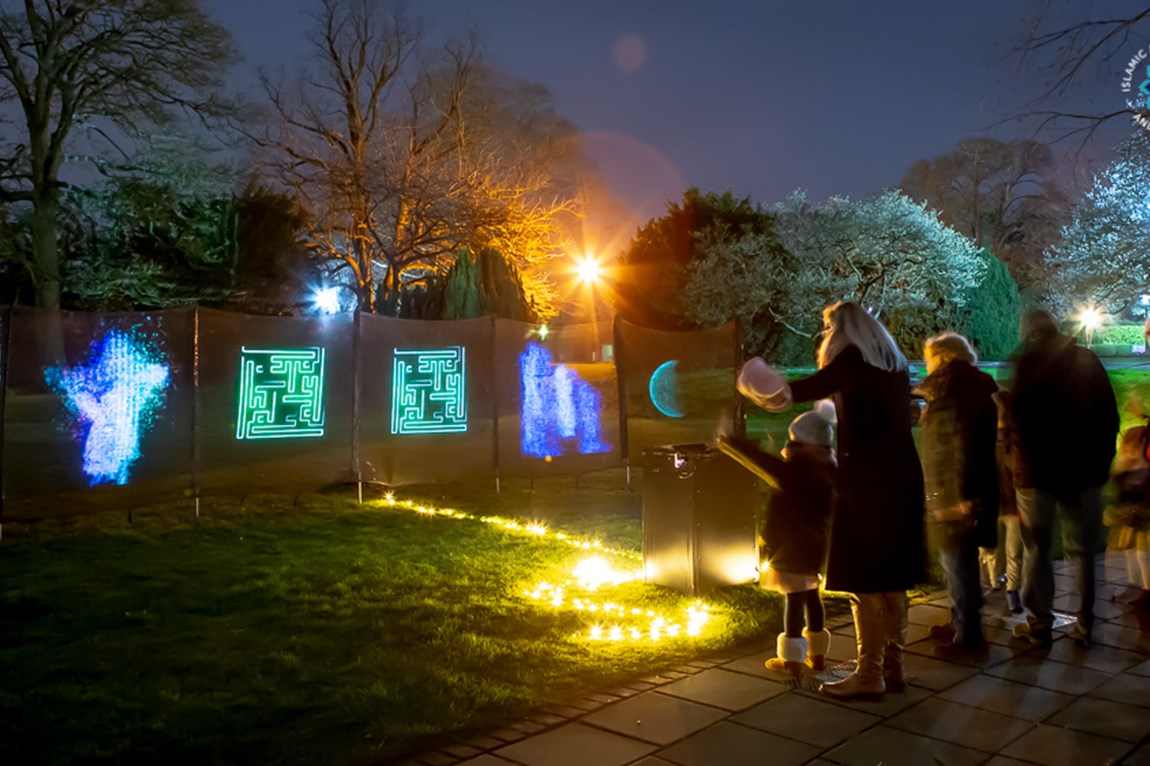 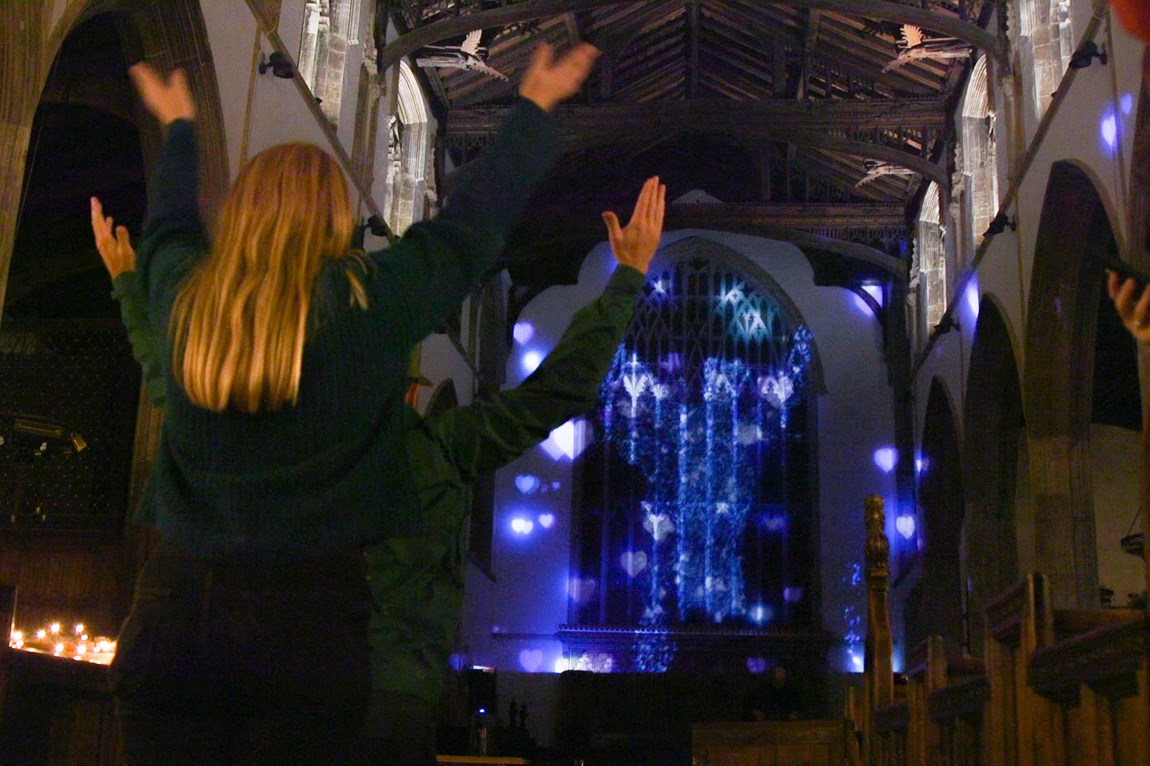 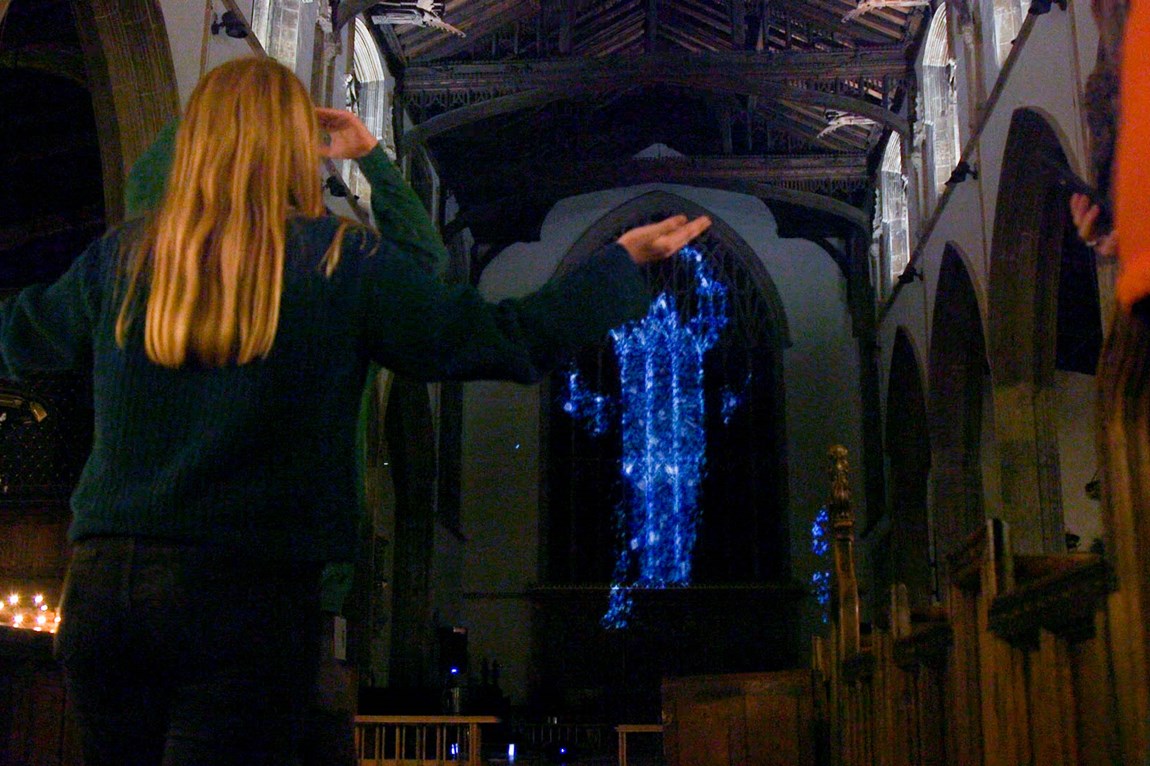 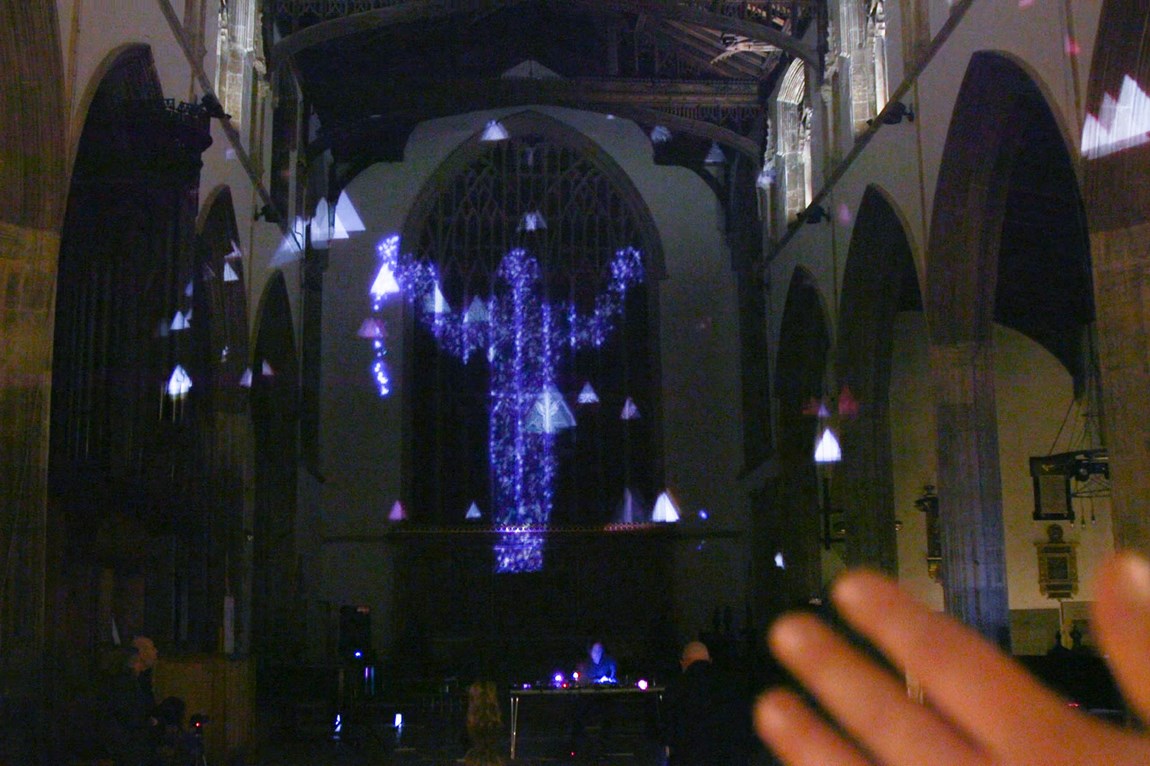 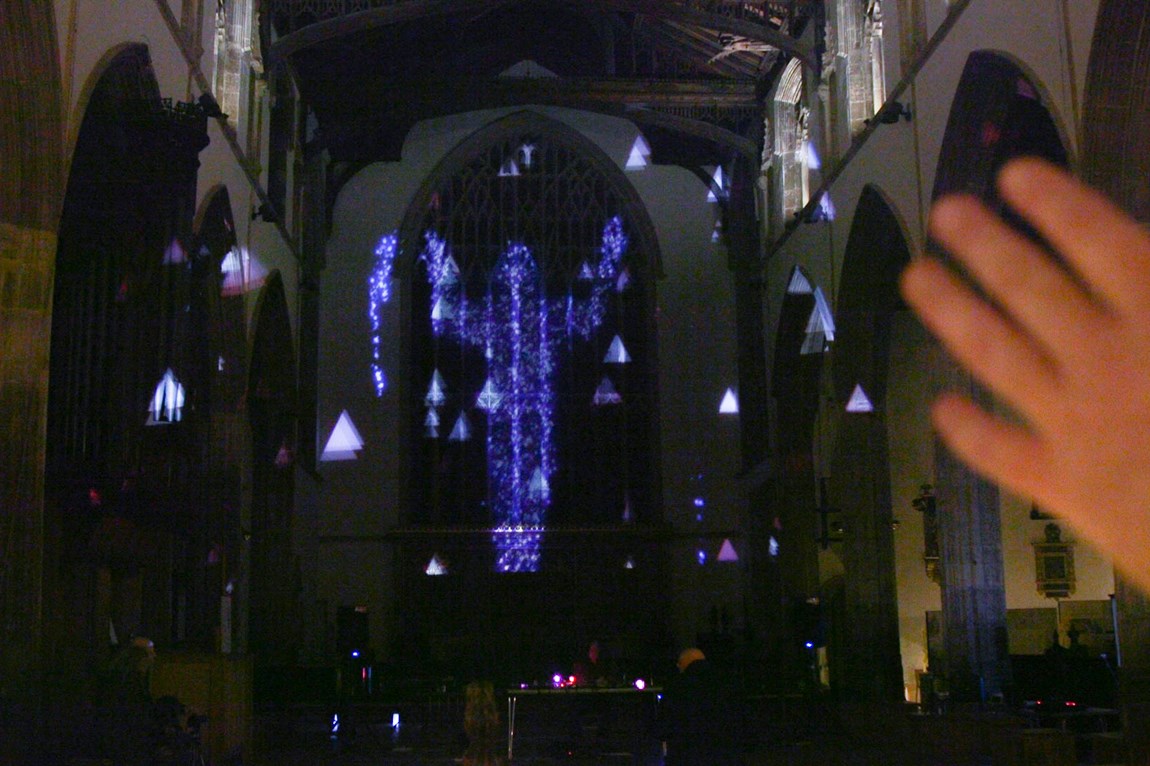 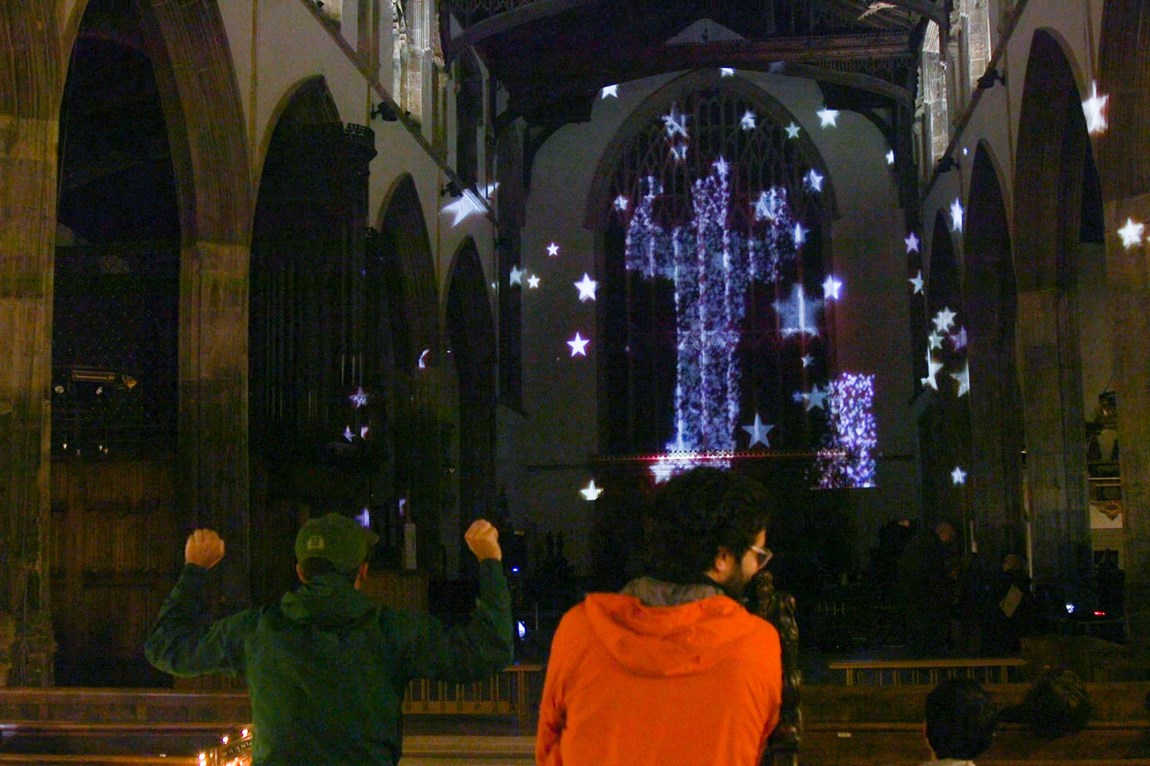 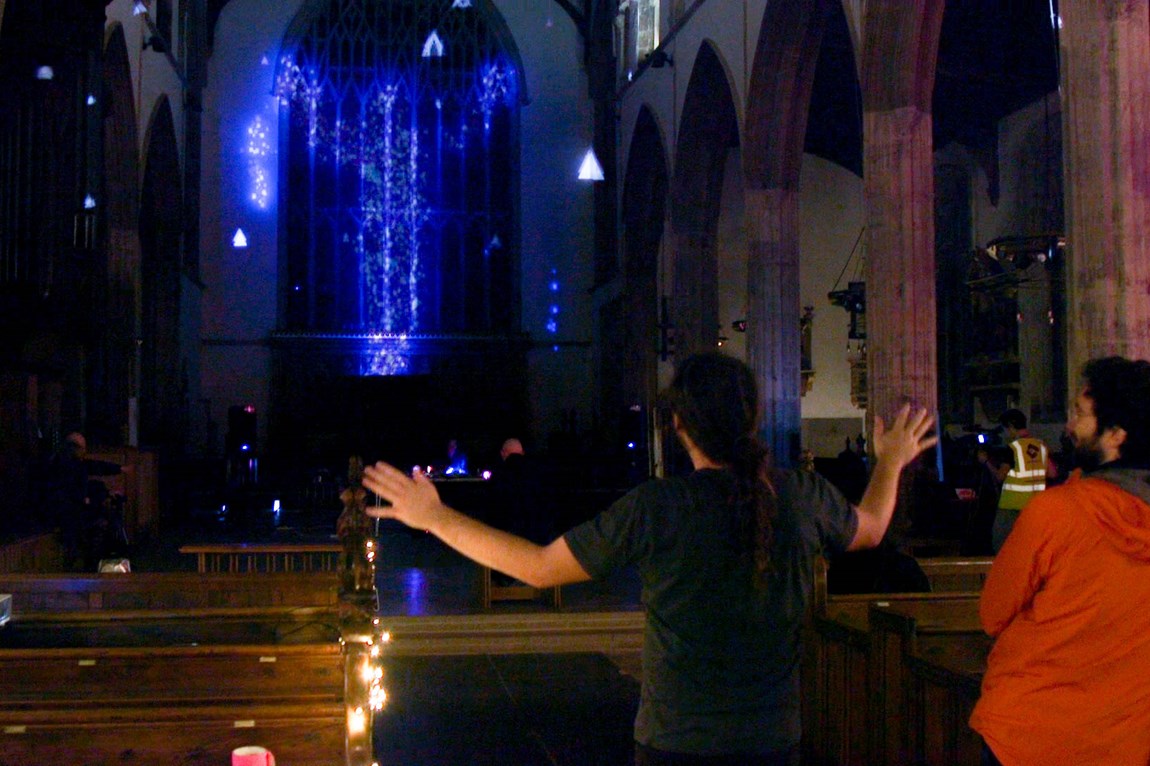 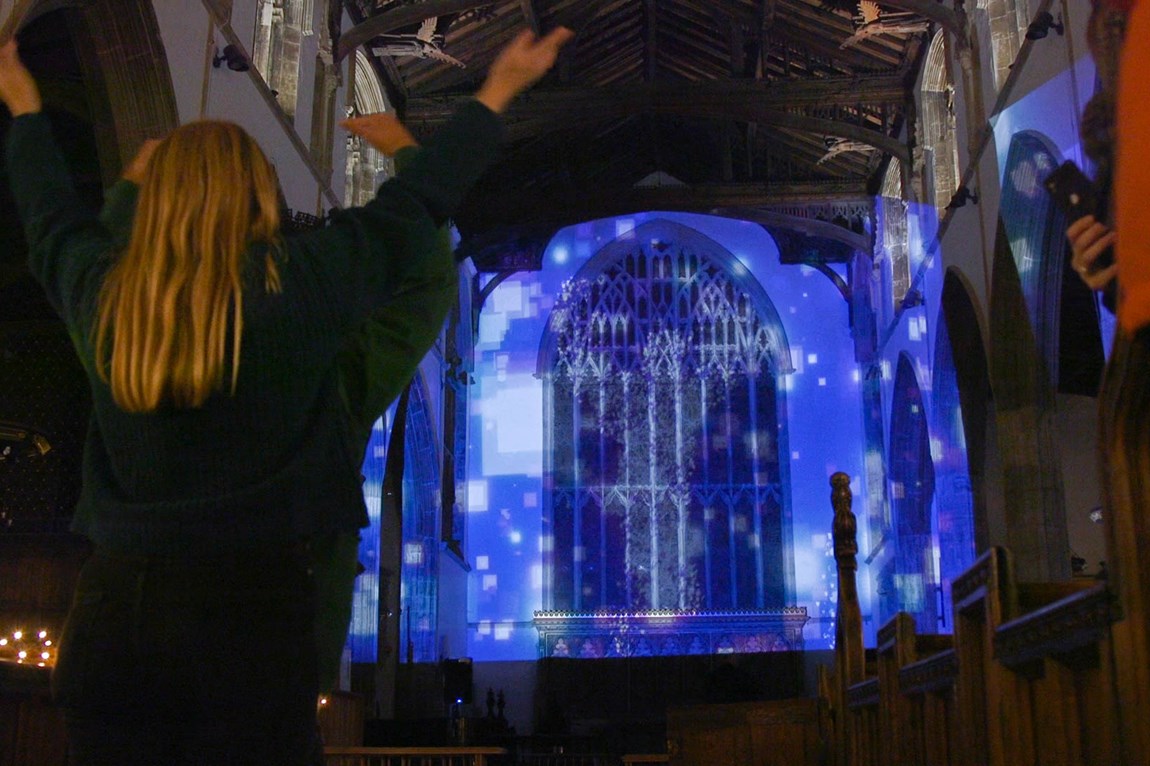 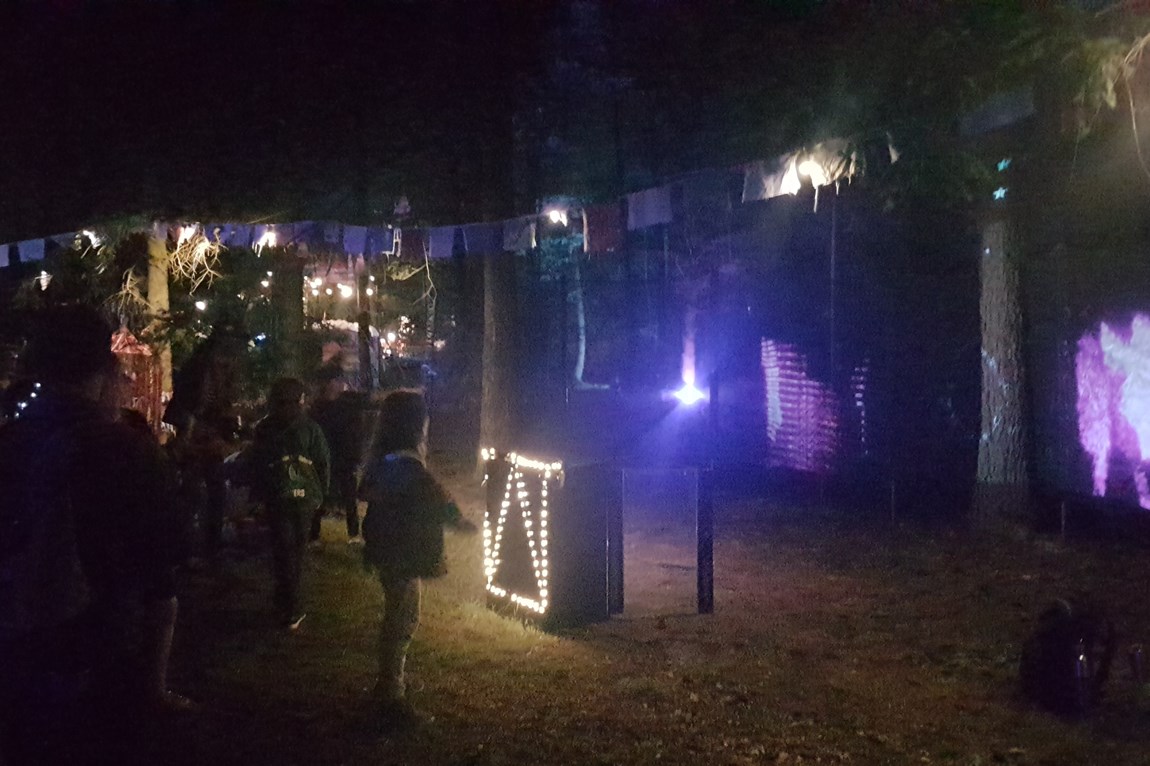 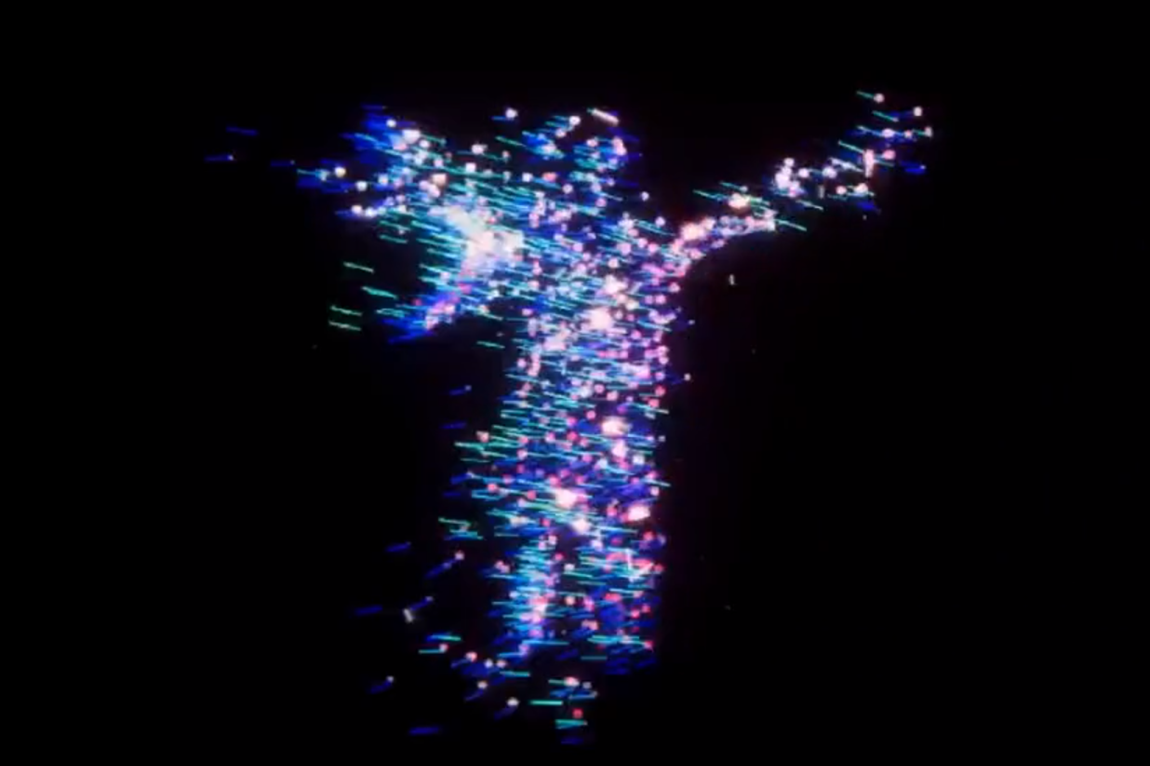 It is an experimental project that is ever growing and changing. The number of particle effects I am creating keeps growing, many take user input or randomized data to alter over time so each effect is unique.

In 2020 the Digital Mirror was shown alongside particle effects of animations I built of Islamic Calligraphy as part of the Digital Light Code Makers event at Bletchley Park.  For more information see the project page.

I used the digital mirror inside St Nicholas Chapel as part of the projections I created for the 11thour.  The mirror was projected over other audio reactive particle effects I created and had the participants displayed on the beautiful south window at around 15ft in height.  The project was a big success and enjoyed by many.

The project was installed in the woods at the Harlequin Fayre for 3 nights over the first weekend in August 2019.  This was the first public showing of the project and was well received with children and adults dancing and moving in the mirror.

The installation used two depth camera, two projectors and targeted four screens made from black mesh.  The mirrors were displayed in two separate screen elements whilst the other two screens contain randomized particle animations.  A firth particle animation was played above the screens onto the backdrop of the trees behind.

The project will continue to be developed and displayed to the public in a number of forms.