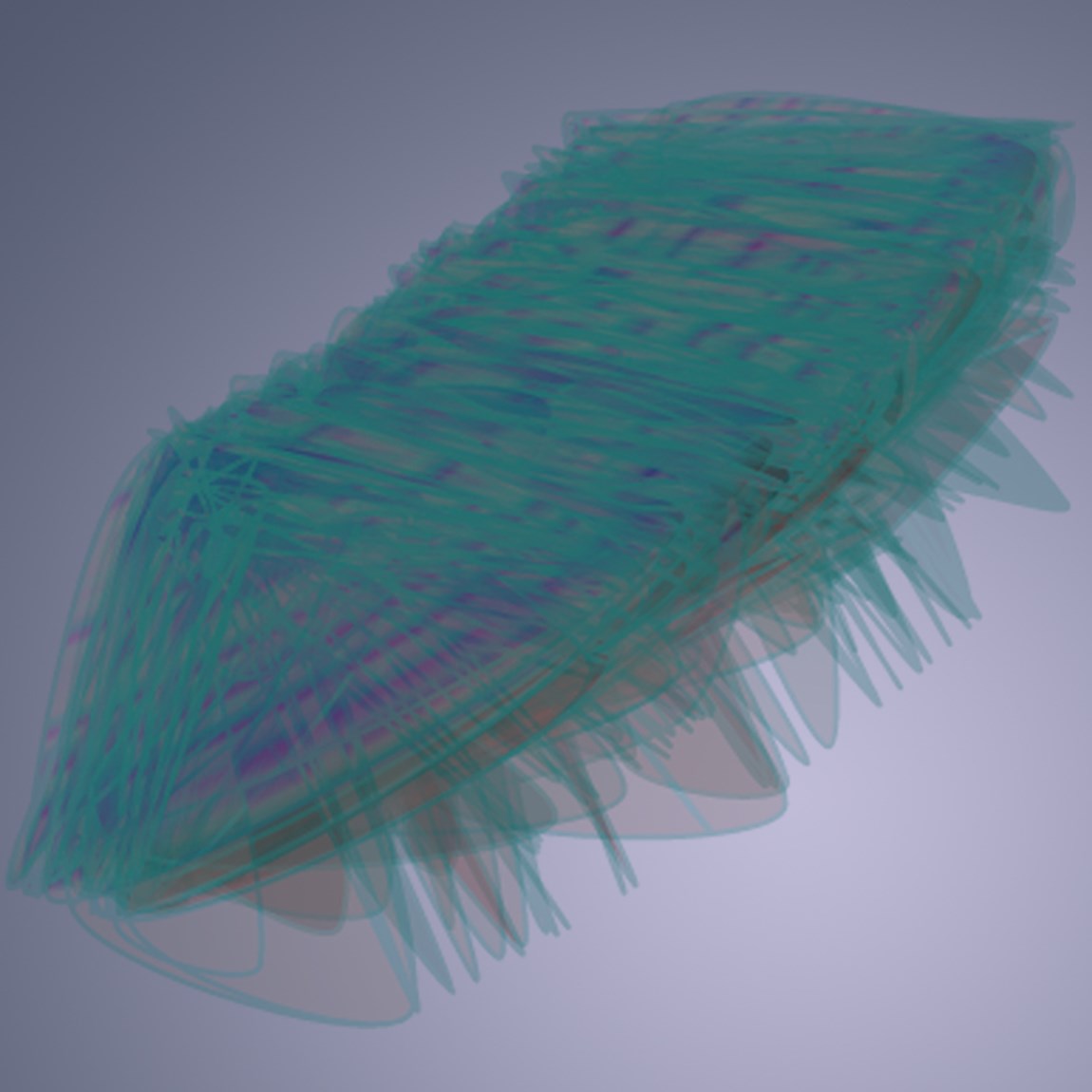 I WISH TO SPEAK TO YOU TODAY about the tragedy of Europe. This noble continent, comprising on the whole the fairest and the most cultivated regions of the earth; enjoying a temperate and equable climate, is the home of all the great parent races of the western world. It is the fountain of Christian faith and Christian ethics. It is the origin of most of the culture, arts, philosophy and science both of ancient and modem times.

If Europe were once united in the sharing of its common inheritance, there would be no limit to the happiness, to the prosperity and glory which its three or four hundred million people would enjoy. Yet it is from Europe that have sprung that series of frightful nationalistic quarrels, originated by the Teutonic nations, which we have seen even in this twentieth century and in our own lifetime, wreck the peace and mar the prospects of all mankind.

And what is the plight to which Europe has been reduced?

Some of the smaller States have indeed made a good recovery, but over wide areas a vast quivering mass of tormented, hungry, care-worn and bewildered human beings gape at the ruins of their cities and homes, and scan the dark horizons for the approach of some new peril, tyranny or terror.

Among the victors there is a babel of jarring voices; among the vanquished the sullen silence of despair.

That is all that Europeans, grouped in so many ancient States and nations, that is all that the Germanic Powers have got by tearing each other to pieces and spreading havoc far and wide.

Indeed, but for the fact that the great Republic across the Atlantic Ocean has at length realised that the ruin or enslavement of Europe would involve their own fate as well, and has stretched out hands of succour and guidance, the Dark Ages would have returned in all their cruelty and squalor.

They may still return.

Yet all the while there is a remedy which, if it were generally and spontaneously adopted, would as if by a miracle transform the whole scene, and would in a few years make all Europe, or the greater part of it, as free and as happy as Switzerland is today.

What is this sovereign remedy?

It is to re-create the European Family, or as much of it as we can, and provide it with a structure under which it can dwell in peace, in safety and in freedom.

We must build a kind of United States of Europe.

In this way only will hundreds of millions of toilers be able to regain the simple joys and hopes which make life worth living.

The process is simple.

All that is needed is the resolve of hundreds of millions of men and women to do right instead of wrong, and gain as their reward, blessing instead of cursing.

Much work has been done upon this task by the exertions of the Pan-European Union which owes so much to Count Coudenhove-Kalergi and which commanded the services of the famous French patriot and statesman, Aristide Briand.

There is also that immense body of doctrine and procedure, which was brought into being amid high hopes after the First World War, as the League of Nations.

The League of Nations did not fail because of its principles or conceptions. It failed because these principles were deserted by those States who had brought it into being. It failed because the Governments of those days feared to face the facts and act while time remained. This disaster must not be repeated. There is, therefore, much knowledge and material with which to build; and also bitter dear-bought experience.

I was very glad to read in the newspapers two days ago that my friend President Truman had expressed his interest and sympathy with this great design.

There is no reason why a regional organisation of Europe should in any way conflict with the world organisation of the United Nations. On the contrary, I believe that the larger synthesis will only survive if it is founded upon coherent natural groupings.

There is already a natural grouping in the Western Hemisphere. We British have our own Commonwealth of Nations. These do not weaken, on the contrary they strengthen, the world organisation. They are in fact its main support.

And why should there not be a European group which could give a sense of enlarged patriotism and common citizenship to the distracted peoples of this turbulent and mighty continent and why should it not take its rightful place with other great groupings in shaping the destinies of men?

In order that this should be accomplished, there must be an act of faith in which millions of families speaking many languages must consciously take part.

We all know that the two world wars through which we have passed arose out of the vain passion of a newly united Germany to play the dominating part in the world.

In this last struggle crimes and massacres have been committed for which there is no parallel since the invasions of the Mongols in the fourteenth century and no equal at any time in human history.

The guilty must be punished. Germany must be deprived of the power to rearm and make another aggressive war.

But when all this has been done, as it will be done, as it is being done, there must be an end to retribution. There must be what Mr Gladstone many years ago called 'a blessed act of oblivion'.

We must all turn our backs upon the horrors of the past. We must look to the future. We cannot afford to drag forward across the years that are to come the hatreds and revenges which have sprung from the injuries of the past.

If Europe is to be saved from infinite misery, and indeed from final doom, there must be an act of faith in the European family and an act of oblivion against all the crimes and follies of the past.

Can the free peoples of Europe rise to the height of these resolves of the soul and instincts of the spirit of man?

Is there any need for further floods of agony?

Is it the only lesson of history that mankind is unteachable?

Let there be justice, mercy and freedom.

The peoples have only to will it, and all will achieve their hearts' desire.

I am now going to say something that will astonish you.

The first step in the re-creation of the European family must be a partnership between France and Germany.

In this way only can France recover the moral leadership of Europe.

The structure of the United States of Europe, if well and truly built, will be such as to make the material strength of a single state less important. Small nations will count as much as large ones and gain their honour by their contribution to the common cause.

The ancient states and principalities of Germany, freely joined together for mutual convenience in a federal system, might each take their individual place among the United States of Europe. I shall not try to make a detailed programme for hundreds of millions of people who want to be happy and free, prosperous and safe, who wish to enjoy the four freedoms of which the great President Roosevelt spoke, and live in accordance with the principles embodied in the Atlantic Charter. If this is their wish, they have only to say so, and means can certainly be found, and machinery erected, to carry that wish into full fruition.

But I must give you warning. Time may be short.

At present there is a breathing-space. The cannon have ceased firing. The fighting has stopped; but the dangers have not stopped.

If we are to form the United States of Europe or whatever name or form it may take, we must begin now.

In these present days we dwell strangely and precariously under the shield and protection of the atomic bomb. The atomic bomb is still only in the hands of a State and nation which we know will never use it except in the cause of right and freedom. But it may well be that in a few years this awful agency of destruction will be widespread and the catastrophe following from its use by several warring nations will not only bring to an end all that we call civilisation, but may possibly disintegrate the globe itself.

I must now sum up the propositions which are before you.

Our constant aim must be to build and fortify the strength of the United Nations Organisation.

Under and within that world concept, we must re-create the European family in a regional structure called, it may be, the United States of Europe.

The first step is to form a Council of Europe.

If at first all the States of Europe are not willing or able to join the Union, we must nevertheless proceed to assemble and combine those who will and those who can.

The salvation of the common people of every race and of every land from war or servitude must be established on solid foundations and must be guarded by the readiness of all men and women to die rather than submit to tyranny.

In all this urgent work, France and Germany must take the lead together.

Great Britain, the British Commonwealth of Nations, mighty America, and I trust Soviet Russia - for then indeed all would be well - must be the friends and sponsors of the new Europe and must champion its right to live and shine.